A very sad day in British television history. Alan Simpson – co-creator of Hancock’s Half Hour & Steptoe and Son (and countless others) has passed away. He died of a long fought lung disease at the age of 87.

I had the pleasure of meeting both Ray Galton and Alan Simpson several times over the years, and also exchanged letters too. They seemed totally down to earth and quite unaware of their importance to creating what we now know as the ‘sitcom.’

Whilst most known for their Hancock / Steptoe & Son creations, they did actually write something related to The Two Ronnies.  ‘The Bargee,’ was a 1964 film starring Harry H Corbett & Ronnie Barker (amongst others). Set on the canalways, it deals with the decline of canal-boats and the struggles of the two characters.

I must admit, I’ve never seen it. But that will change shortly! Meanwhile, I’ve dug through my collection and discovered this: 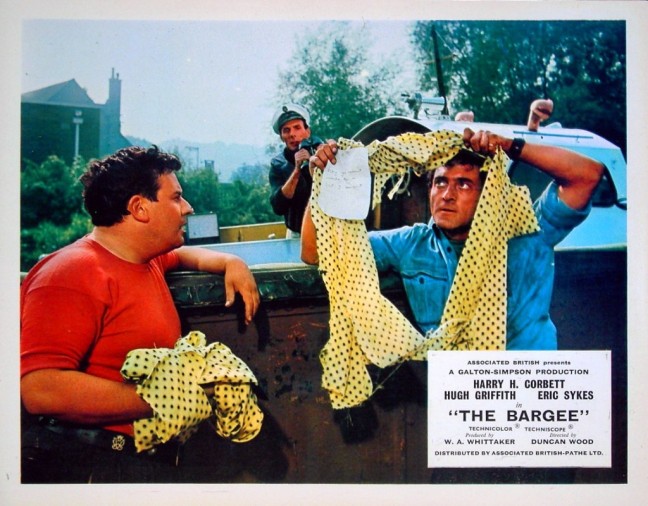 I adored Steptoe & Son. Every sitcom that followed borrowed something that was first created by Galton & Simpson. Whether it’s The Office, or My Family  – Ray Galton & Alan Simpson’s work plays a role, somewhere.