Unless another advert exists that I am not aware of, Part 5 signals the end of our look back through the Hertz campaign.

Advert six – which we’ll call ‘The Weekend’ can be watched here.

All the Hertz adverts are in the ‘grumble & grunt’ style favoured by Ronnie B, but THIS advert has to be the grumbliest and gruntiest of the lot! It seems to use the style more than any of the others – including the slightly-sped-up film and added sound effects.

In this advert Ronnie B plays a character not too dissimilar to General Futtock (see Futtocks End) a mansion owning Rolls Royce driver. Ronnie C plays a gardener. The story is simple enough, with a good visual gag at the end where it’s revealed Ronnie C is the father of three ‘lookalike’ children. The advert explores the idea of a family renting an extra car, instead of buying one. 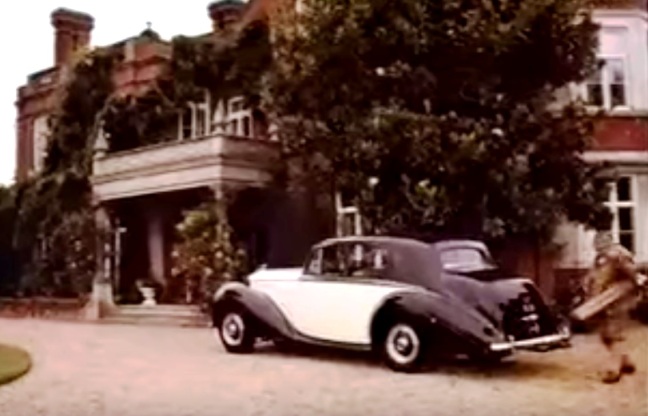 Locations once again I am unable to locate. A rather grand looking country house features, complete with pillars to the front and a large gravel drive. It could possibly be the actual home of one of the Rons or a member of the production staff.

All in all, it’s a succinct advert – I’m not a huge fan of the style, but it was popular at the time. 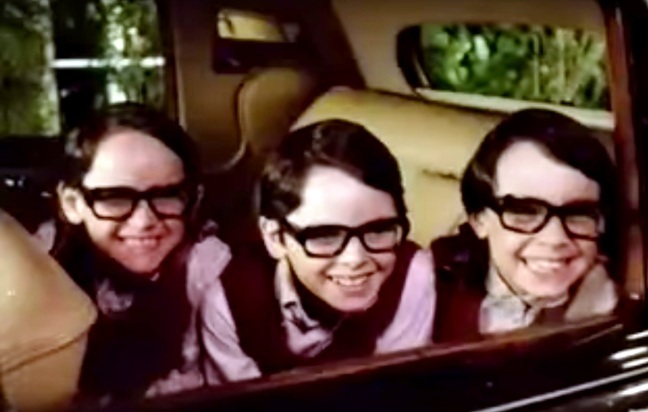 And that, as they say, is that! If any more Hertz adverts surface I shall add them in due course.