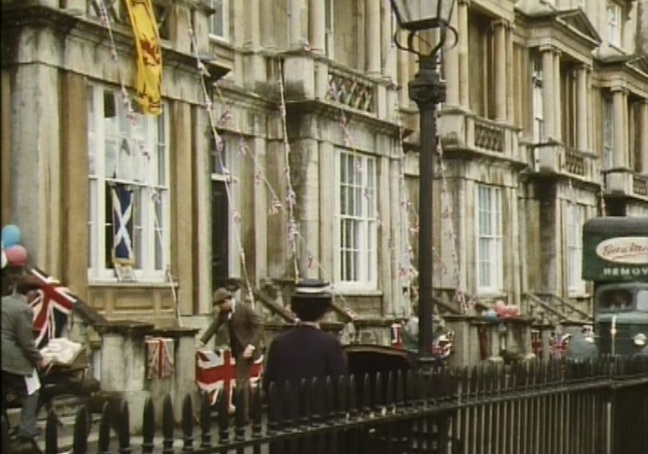 Anyone familiar with Ronnie Barker’s work will undoubtedly be able to name his two most popular sitcoms – ‘Porridge,’ and ‘Open All Hours.’ But a sitcom made right at the end of his career in 1988 – ‘Clarence,’ – is often overlooked. To be honest, it didn’t strike the nation in the same way the aforementioned shows did. Penned by Barker himself under the pseudonym ‘Bob Ferris,’ the show focused on Clarence – a short sighted removal man who falls for Jane Travers, a maid, during one of his jobs. Based on a ‘Six Dates With Barker‘ pilot written by Hugh Leonard, the six episodes follow Clarence & Jane’s adventures (and misadventures) as they try to live together.

Due to Barker’s impending retirement, the show was hung up after six episodes and largely forgotten until its release on DVD in 2005.

Not much is written regards the filming of the series, infact very little of the locations are known at all. They largely consist of English countryside, or interior sets. One location however, I have been able to find.

The sprawling Georgian architecture of the opening titles and first episode can be found in Cheltenham. A location, I must admit, I have frequented for years and never realised it was part of Clarence.

The location is largely incorrectly described on many websites as ‘Malvern Road,’ but I can now confirm it is: Evelyn Court, Lansdowne Terrace, Cheltenham. To be more specific – the house used is No. 16.

Evelyn Court is a private row of houses, not open to the public, but they can be seen from the roadside.

It took a good while on the DVD to spot exactly which house they used. In typical Georgian style, many of the houses are uniform, with only very subtle differences. The only way I was able to discern which house was which was by a very small stone in the left corner of the doorway which very luckily hasn’t been repaired in some 30 odd years!

(little has changed of the location, other than a lick of paint and a clean to the stoneware!) 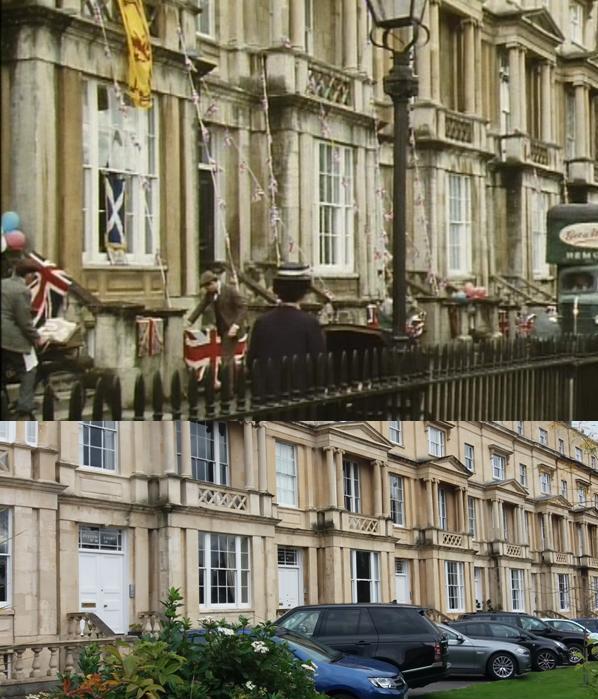 (TOP: Clarence drives his lorry up to No.16, BOTTOM: the houses in Evelyn Terrace)

(as some boys make a fire in the first episode, we can see the small canopy down the rank still exists today)