We were recently honoured to spend an afternoon with Frank Williams. Known to millions of comedy fans as the Reverend Timothy Farthing in the ever-popular ‘Dad’s Army’. 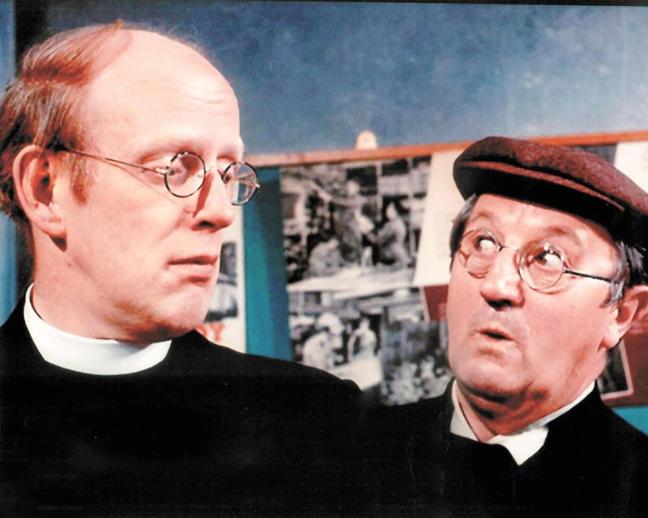 Frank played a small by pivotal role in an episode of The Two Ronnies. The sketch – titled ‘Tinker, Tailor, Smiley, Doyle,’ – was a pastiche of many British ‘cop’ shows back in the 1970’s and 80’s. The sketch featured in Series 11, Episode 5.

Williams played the part of ‘Mervyn Miracle’ – a wig maker. I won’t spoil the sketch for you here, but it ends with Mr Miracle’s hairpiece being blown away by a fan!

Frank recalled; ‘I seem to remember they had great difficulty getting my hairpiece to fly off on cue. In the end, a stagehand tied a piece of cotton to the back of it and whisked it away at the desired time. It was one of the few jobs I did where I can be seen with a full head of hair!‘

He recalls how it was a very quick process – less than two hours in total – and that Ronnie B was very particular about everything. Ronnie C just sat in the trailer with a crossword waiting to be called.

Whilst with Frank, he was very kind to sign a small amount of photographs for us – from his appearance in the show: 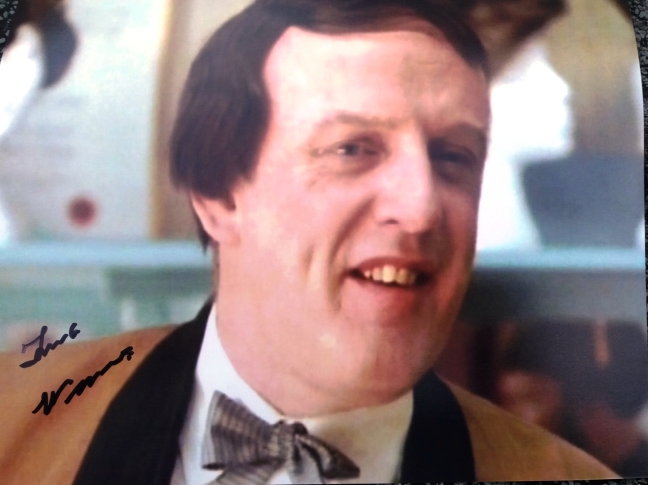 If you would like a signed photograph of Frank – please use the CONTACT US link to get in touch.