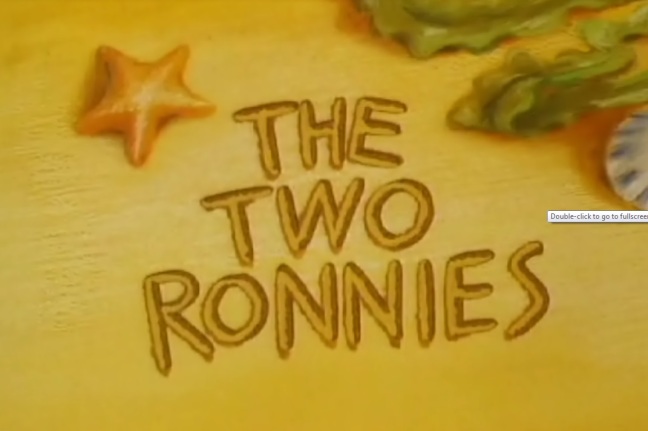 Back in June this year we were contacted by a production company hoping to create a programme based around The Two Ronnies’ Australian series made in 1986. Well the final version of that programme can now be seen at 9:30pm on Channel 5, Christmas Day 2019.

Whilst familiar with the sketches to some extent, we were asked to sift through the entire series and pick out any of the ‘new’ parts – or parts that didn’t feature in the original UK series. After analysing the first few episodes, it became quite clear that the entire series just featured re-worked sketches, monologues and news items from the UK series. In all cases, the sketches were entirely re-shot and some were even enhanced with higher production values. The musical numbers featured the Ronnies as ‘Jehosophat & Jones’, and featureded a team of dancers and some rather exotic Australian locations.

We can’t say too much before the show airs – only that we are delighted that these ‘unseen’ sketches (at least on British TV) will finally get shown. It’s always a pleasure to see ‘new’ Two Ronnies programmes being shown – especially at Christmas.

We will feature an in-depth review of the Australian series at some point in the future. A DVD of the The Two Ronnies In Australia series was released in 2008, but is rather tricky to find these days.